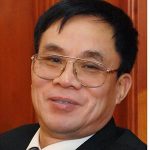 Lawyer Dinh Van Que is currently a member of the Standing Committee of the Vietnam Bar Federation. Legal advisor of Ba Ria – Vung Tau People’s Committee. Mr. Que is also a member of the judges’ council and the chief justice of the Supreme People’s Court.

Lawyer Dinh Van Que is an enthusiast of scientific research. He has chaired 4 ministerial-level scientific works on criminal law and criminal procedure, and is a member of the Council for Acceptance of dozens of ministerial-level scientific works. and base; The author has nearly 50 in-depth commentary on criminal law and criminal proceedings, especially the series of more than 10 volumes of in-depth commentary on the Criminal Code and Criminal Procedure Code called book overlapping. beds of officials in the judiciary, students in universities.